Difference Between Docker and Kubernetes

What’s the Difference Between Docker and Kubernetes?

Docker and Kubernetes are two of the most popular and powerful tools in the DevOps arsenal right now, and they both have their place in your organization’s infrastructure. But how do you tell them apart? Why would you use one over the other? And what’s the best way to incorporate both into your infrastructure? Let’s take a look at the similarities and differences between Docker and Kubernetes, and get an idea of when you should choose one over the other.

As a cloud-native developer, it’s important to have a fundamental understanding of containers. In short, a container is an isolated environment that helps ensure resource availability and performance. It contains all of an application’s dependencies in a single package that can be easily transferred from one computing environment to another. This makes containerization extremely useful for microservices architecture, which enables organizations to develop individual pieces of functionality independently while leveraging other components within their ecosystem. Containers are also useful when using agile methodology—an iterative software development process that emphasizes continuous innovation through rapid cycle times—as they help streamline deployment cycles by removing dependencies between pieces of code or services. When multiple changes are needed at once, they help reduce complexity by simplifying environmental changes. Because of these advantages, many top enterprises such as Google and Amazon Web Services (AWS) use containers today. Yet just because AWS or Google uses them doesn’t mean you should—nor does it mean you need to use them in order to reap benefits.

Which is better for you?

The answer to that question depends on a variety of factors, but let’s first understand what both virtualization and containerization mean. Virtualization means creating an environment similar to a physical server. This involves a host operating system (OS) running multiple guest OS’s which cannot access each other directly. Containers, on the other hand, run directly on top of a host OS without having to create multiple instances of it. To keep things simple, containers are more lightweight than VMs, making them more efficient. For example, if two servers are needed to handle 50% CPU load then 10% less servers are needed if using containers instead of VMs. Let’s take a closer look at how these work in practice by comparing Docker with another technology called LXC or Linux Container Control Interface by Canonical Ltd.. LXC works through system calls whereas Docker uses its own communication protocol. Both technologies make use of containers rather than virtual machines. Both rely on Linux kernel namespaces and control groups to enable users to be able to deploy applications in separate environments. 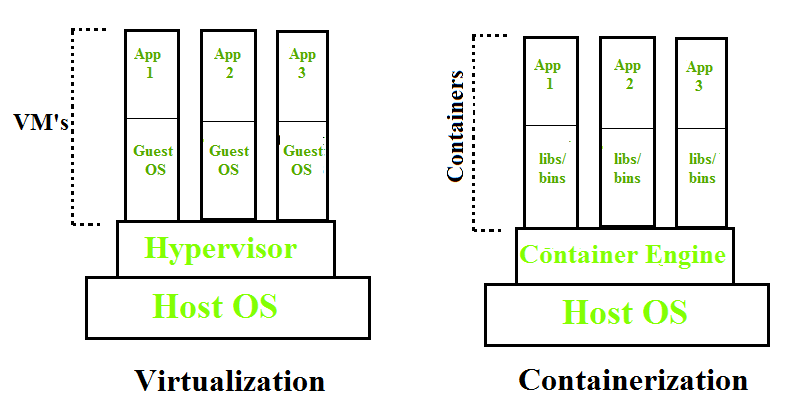 There are several types of containers, including Linux Containers (LXC), which are lightweight, memory-isolated instances that can be managed more easily on servers. They also have more predictable performance than virtual machines. However, some people consider LXC to be more difficult to set up than hypervisors. As an alternative to using them for individual virtualization tasks, some software engineers use LXC alongside other virtualization tools, such as Vagrant or Docker. One big advantage of using LXC is that it allows developers to test applications on their own systems without causing system slowdowns; they can run multiple separate Linux instances at once. This might be appealing for enterprise users who want additional control over how each instance interacts with others, but aren’t interested in building their own version control systems or managing huge amounts of data.

Kernel Samepage Merging (KSM) is a kernel function that can be used to reduce memory consumption on servers by sharing identical memory pages between VMs. With KSM, if one VM wants to use an existing page of physical memory, it is given priority over any other virtual machines that might want to access that same page. KSM can also help prevent denial-of-service attacks where many VMs are trying to consume RAM resources at once. Additionally, KSM reduces latency for applications running in memory-constrained environments because they no longer have to swap code and data in and out of physical memory. This happens because when a guest OS creates a new process, KSM immediately merges its image into that of another process with similar content—eliminating redundant pages from being loaded into RAM in both processes. And when processes exit or migrate, their shared pages can be returned to a single pool available for reuse.

cgroups allow you to place limits on how much of a system resource (like memory or disk space) each container can use. They’re great for ensuring that rogue containers don’t take up too many resources, but they aren’t easy to work with. If you want something simple and more understandable, look into namespaces instead. These groups let you create separate workspaces for different applications and their respective data. While you can install both, we recommend using only one; cgroups are still experimental at the time of writing, while namespaces are stable and ready to go. We like them so much, in fact, that they’re part of our best practices guide here. You should read that guide before creating any containers; it includes full installation instructions as well as commands for getting started with namespace management in Linux environments.

A namespace is a region of resources where information can be isolated from other resources. For example, a business has a first name, a last name, a street address, a city and a state. Each of these regions can be isolated into their own namespace so that if one person moved, they wouldn’t have to change their entire work history. Namespaces also allow you to organize your files by topic without worrying about crossing over each other. This brings us back to our docker experiment. In docker, we were able to create multiple containers using different namespaces with no overlap in resources. 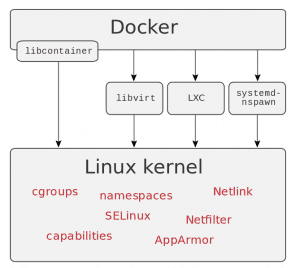 While you can control resources manually (such as CPU, RAM, I/O), container resource allocation is much more dynamic. Because containers depend on each other to run properly, they require additional flexibility for scaling up or down to meet your app’s changing needs. If your containers start hogging resources (especially CPU) but don’t require them at that moment, Kubernetes can intelligently stop or throttle them until they are needed again. This frees up those computing resources for other containers.

In addition to using a single server instance with a hypervisor, another way of running a multi-container app is by assigning each one its own VM instance. Although these instances may be more performant than VMs hosted by a hypervisor, they will also use more physical computing power – making it unlikely that you could run many multi-container apps on a single server without experiencing performance problems. To scale your applications like this would require you to purchase additional hardware – which isn’t necessarily cost effective over time. This makes containers an even better option for cost saving and scalability; they let you buy fewer servers (and pay fewer hosting fees) while maintaining maximum performance at all times.

Containers are generally considered to be more secure than virtual machines because they isolate applications at a lower level. When deploying containers, you create individual instances, often on completely separate physical or virtual machines, which do not rely on shared operating systems. This means each container is highly secure as only those people with access to it can see what’s inside. More importantly, even if your security is breached in one container (such as when someone hacks into your server), intruders will not have access to other containers running on that same host machine. For example, if an attacker cracks into an instance running MySQL in one container but cannot get into another instance of MySQL running in another container, all data stored by that second instance remains safe and sound. The concept is similar to using a dedicated workstation for every application you need—there’s no chance that hackers could compromise multiple applications from a single source point. In addition, since all software components run within their own isolated environments, there is no possibility of overlap from different components—for example, if two different web apps make calls for code located in /usr/local/bin , there won’t be any clash between them.