Do You Really Need Antivirus Protection on Windows 11?

1. Why do you need antivirus protection 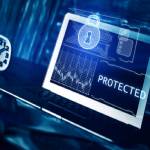 The biggest reason to use antivirus protection is for peace of mind. If you’re worried about contracting a virus or getting your computer hacked, antivirus software will help keep you safe. It isn’t foolproof—nothing is—but it provides an extra layer of security that could save you from unnecessary heartache down the road. By checking for malware and other viruses, it gives you a warning when something might be wrong with your PC so that you can act quickly to fix it. For example, if your machine has been affected by ransomware (malware designed to make a computer inoperable), an antivirus program can detect and remove it before too much damage is done. With your computer properly protected, you should have no trouble using Windows 11. Don’t let common misconceptions mislead you into believing otherwise! Here are five myths about antivirus protection that need to be cleared up once and for all:​ *

Myth #1: I Don’t Need Virus Protection Because I’m Using Windows 11​ While it’s true that Microsoft does an excellent job of building in protections into its products, including Windows 10 and 11, there are still very real threats out there—and not just ones created by random hackers looking to cause mischief online. Some malicious software uses backdoors built into operating systems like Windows XP or Vista in order to infect machines without detection. Unless you’re specifically running older programs for nostalgia’s sake, these older versions should never be used. When you start your computer, viruses could already be lurking on your hard drive waiting for a chance to strike. The threat is definitely there!*

Myth #2: I Don’t Need Antivirus Software With My Premium Internet Plan * This myth falls under a broader misconception that any antivirus protection will work as long as you have some kind of plan with your ISP (Internet Service Provider). Whether it’s simply broadband internet or other extra perks like security features and free antispam filters, many people assume they won’t need additional help with protecting their computers from malware and other harmful files. While these plans are generally good to have, they aren’t foolproof ways to safeguard your computer 24/7. Plus, premium plans can get pretty expensive depending on how much money you spend per month on internet service! * 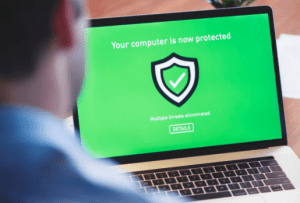 Myth #3: Norton AntiVirus 2013 Will Protect Me Just Fine* Norton is one brand of antivirus software that’s been around for ages—that alone makes it seem trustworthy enough to protect your PC. But what most people don’t realize is just how outdated Norton can get. Its last update was almost six years ago! In today’s digital world, that’s a lifetime! *

Myth #4: I Can Trust Free Antivirus Programs Like Avast and AVG Because They’re Free There are many free antivirus programs out there, but as good as they might sound, you still need to proceed with caution. These tools can offer some level of protection and virus removal assistance, but not all of them will give you everything you need and more importantly want from full-featured security solutions. If a service comes with too many ads or constantly prompts you to upgrade your subscription, it’s probably best to steer clear. And if it isn’t regularly updated with new definitions for new threats, don’t waste your time! *

Myth #5: Antivirus Software Is Useless Anyway—It’s Just a Band-Aid* This last myth is kind of a harsh one since plenty of people feel antivirus software isn’t worth it because a lot of malware is able to worm its way past traditional defences anyway. While that does hold true for really advanced threats that have been designed specifically to slip past established software protections, most malware just needs a solid program installed on your computer in order to protect yourself against attacks.

2. What are the benefits of using Malwarebytes 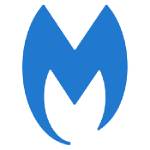 Malwarebytes protects you from malware infections that can slow down or compromise your computer. Malwarebytes monitors for threats and alerts you if anything is found. It’s a complete antivirus replacement to protect you from malware, ransomware, exploits, and malicious websites and apps. All of these threats are especially harmful to Windows computers. That’s why Malwarebytes was created: to protect people from rogue security software, adware, spyware, viruses, identity theft, and more. By downloading and installing Malwarebytes, you’re getting a free trial of premium antivirus protection. You can pay monthly or yearly to keep using it forever—or uninstall it any time! The Premium version includes advanced malware removal tools, automatic updates, and real-time protection against new threats. Call us to install a free trial!

3. Should I use Malwarebytes on my Mac?

Malwarebytes is a valuable tool that, while designed for PC users, can be valuable to Mac users as well. While Apple’s built-in malware protection will do a decent job of protecting your system from most malicious software, it won’t protect you from everything. If you have any doubts about your current security setup or you want a second layer of defense to ensure nothing gets through, Malwarebytes for Mac is an excellent choice. Call us to install a free trial.

4. Is cloud based antivirus technology better than software based programs? 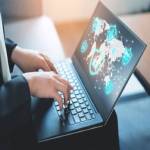 Cloud-based antivirus software relies on your internet connection for protection, but what happens if you lose your connection? This isn’t something to worry about with local programs. If you don’t have internet access, they won’t slow down or stop working until you do. It may not be as convenient to update them, but it sure is safer! The idea of relying on your internet service provider (ISP) makes some people uneasy, especially after recent allegations that providers are selling our data without our knowledge. The only way these cyberattacks could put you at risk would be if someone could compromise your network security, which would allow them to bypass antivirus protection completely. The main takeaway here is that you can use cloud-based solutions at work and still run scans using locally installed programs when at home—there’s no need to eliminate one for another entirely.