So, you’ve heard about cryptocurrency, but don’t know exactly what it is, how it works, or why it even exists? You’re not alone! While cryptocurrency has attracted the attention of many professionals in the finance world, there are plenty of other people who don’t have any idea why there are suddenly so many currencies called Bitcoin, Ethereum, and Litecoin that they see on their bank statements every month. This guide will explain all of that in layman terms so that anyone can understand it! 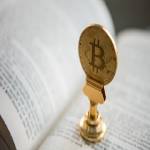 Bitcoin is a cryptocurrency and worldwide payment system. It is unclear when it was created, but its origins are traced back to around 2008. Transactions are made with no middlemen – meaning, no banks! There are fewer fees involved too, which means people can save money while making transactions. Bitcoins aren’t printed or minted like regular currency, they’re produced by thousands of computers across the world that solve complex mathematical problems (and there’s one winner). The entire network is decentralized and runs through computer code called blockchain technology. You can buy or sell your Bitcoins using exchange sites such as Coinbase or Local Bitcoins. There are also offline services that accept these coins for goods or services.

Cryptocurrencies have been used in many cases because their advocates say they’re faster, cheaper and more secure than other forms of the transaction; you can send them quickly without having to pay bank fees, wait days for things to clear, etc. Users who hold cryptocurrencies like bitcoin want decentralization; governments or large banking institutions should not be able to control them easily. 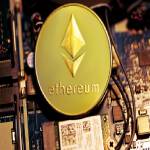 When most people think of cryptocurrency, they often only consider Bitcoin. However, there are over 1000 cryptocurrencies in existence today. Many of these alternative coins (altcoins) were created with a specific purpose or functionality in mind; for example, some altcoins aim to make transactions and payments more anonymous and private. Other altcoins have low operational costs thanks to their open-source nature, while others maintain high levels of privacy due to their ability to be mined with consumer-grade hardware. A good rule of thumb is that if you know what a coin is intended to do, it’s probably an altcoin. If you don’t know how it works, it’s most likely a legitimate coin that has been around longer than just a few months. 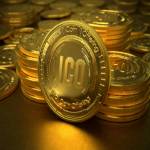 An Initial Coin Offering (ICO) is a fundraising method that trades future crypto coins for cryptocurrencies that have an immediate, liquid value. An ICO can be a source of capital for startup companies. A company creates a certain amount of tokens or coins and sells them to investors in exchange for legal tender or other cryptocurrencies such as Bitcoin. This means that those who invest receive a token or coin with a preset price that can later be sold if it increases in value. This way startups avoid banks and venture capitalists if they need additional funding after completing their ICO crowd sale to fund their product development – they simply have to convince their token buyers to buy more tokens using cryptocurrency, so they can use it as working capital for further product development cycles. Investors in turn are motivated to purchase these new tokens because they believe in the abilities of the start-up company and see their tokens’ value increase when demand for services or products increases. It’s important that you know what you are investing in before you begin, though.

How do cryptocurrencies work?

They use blockchain technology. A blockchain is a growing list of records, called blocks, which are linked using cryptography.  Each block contains a cryptographic hash of the previous block, a timestamp and transaction data—generally represented as a Merkle tree root hash—and might include any number of other hashes. Although verification makes manipulation extremely difficult, once recorded on an exchange or distributed ledger, it becomes very difficult to undo. Since each user has their own blockchain, they can verify how much currency they have by checking their transactions. Cryptocurrencies offer an efficient means of transferring money internationally without needing a central authority and with lower transaction fees than traditional online payment mechanisms. 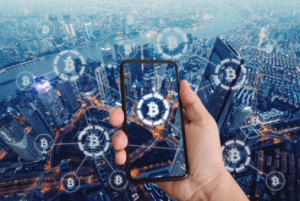 How do I buy crypto coins?

Crypto is a complicated space. There are multiple platforms to buy, sell, and store your coins. When you’re first getting started, it’s good to start with Coinbase or Gemini. They make buying and selling cryptos simple and easy, but they charge fees which is worth considering if you’re going to be an active trader. After Coinbase/Gemini, we recommend Binance; that platform has numerous altcoins available and charges less than 1% in trading fees every time you trade (plus there’s no sign-up fee). Once you get comfortable with crypto, we recommend Bittrex. With over 200 altcoins available on their platform (and also very low trading fees), it offers an incredibly diverse portfolio of cryptocurrencies.

How do I store my crypto coins?

It’s a good idea to hold on to your cryptocurrency in something called a digital wallet. This wallet lets you store, send, and receive cryptocurrency all in one place. There are many different wallets available. It’s important to do your research before you invest in any one of them so that you can choose one that’s right for you. Some of these online wallets charge a fee for storing coins while others don’t. Some allow users to buy coins with credit cards, but other services only accept cash transactions or work solely through bank transfers. You need to find out if there is an exchange rate associated with transferring money into your online wallet, as well as what types of fees may be imposed by banks. These questions should give you an idea of how secure any given service is and whether it’s appropriate for you.

Can I mine crypto coins myself?

Some coins, like Bitcoin, are based on a proof-of-work algorithm. In simple terms, it means that in order to mine Bitcoin, you have to solve complex math problems. So if you want to get into mining Bitcoin for profit, be prepared to calculate things out and do some serious number crunching before you get started. Mining is considered a great way of making passive income with cryptocurrencies because of its relatively low up-front costs. You can purchase special equipment specifically made for mining cryptocurrency.   This will cost you anywhere from $1000 to tens of thousands depending on how much processing power you’re looking for. If you’re just looking to make a bit of money on your computer or phone when not using it, there are also apps that work in the background so that when your device is idle, it can contribute hashing power towards solving blocks. Additionally, many exchanges offer cloud mining services that let users mine without having to own any actual hardware. Instead, they use the software provided by these exchanges which mines crypto coins on their behalf and gives them a proportional share of rewards. Cloud mining allows anyone to participate as long as they have an internet connection and an electricity source (the cloud). However, there’s no guarantee that one’ll actually be able to recover their investment – after all, clouds aren’t free.

The answer is really just another question: what do you consider safe? Cryptocurrencies are still in their infancy, and we don’t know all of their potential issues. They could be completely safe—or they could crash and burn spectacularly tomorrow. The value of cryptocurrencies changes with time and use; your money may not be worth what you think it is in ten years. Remember, there’s a reason why most people stick to conventional currencies like Australian, US dollars or Euros. It might seem like crypto coin transactions offer an immediate profit, but remember that true wealth is more than financial gain—it’s about happiness and fulfilment as well. If you try crypto coins and find them more trouble than they’re worth, there’s no shame in moving on to something else that will bring more financial security and mental peace into your life.