What is the Metaverse?

If you aren’t familiar with the Metaverse, you’re not alone! This concept has been coming up more and more lately, however, so it’s time to investigate what it means and what it could mean for you and your business. The term Metaverse has been around since Neil Stephenson first coined it in his 1992 novel Snow Crash as the computer-generated reality that existed beyond the online experience. 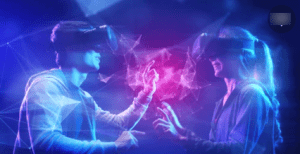 The metaverse (sometimes written as Metaverse) is a collective virtual shared space, created by the convergence of virtually enhanced physical reality and physically persistent virtual space, including the sum of all virtual worlds, augmented reality, and the internet. Its denizens do not necessarily perceive it as a universe; rather, it is made up of seemingly disparate worlds or sub-domains. An easy way to understand the concept is to consider specific collaborative workspaces in one’s own life: for example, most people who work in an office sit at a desk that seems separate from everything else in their life—except they will be able to freely and quickly reach for and access files on their computer through pulling out a drawer. Similarly, they can chat with coworkers around them through instant messaging. 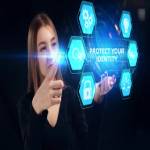 Digital identity is one of those nebulous terms that sounds really important but can be difficult to define. It’s often presented as a solution to a problem we don’t actually have. But, despite its lofty (and perhaps even unrealistic) goals, digital identity has still made major headway into our lives and will continue to do so in years to come. So let’s dig into what it actually means and why it matters now more than ever before. To get started, think about digital identity simply: The online version of your offline self. Or you could just think about it like The Matrix, or any other cyberpunk movie—we get an instant picture of how interconnected things are becoming between physical objects and digital connections, enabling new capabilities for users everywhere.

How Does the Metaverse Work?

One of VR’s most powerful capabilities comes from its ability to create digital entities. Whether they are avatars, robots, or other autonomous characters, these human-like creations are ushering in a new era of communication. The implications of these interactions are both exciting and terrifying—we may soon be living in a world where everything around us can be directly controlled by our thoughts alone! It’s no exaggeration to say that virtual reality has forever changed how we communicate with each other. For more info on communicating through your avatar, see How To Use an Avatar for Communication. That said, it isn’t easy to keep up with all the possibilities for avatar interaction; even today there are dozens of companies working to find innovative uses for digital beings. We’ll explore some of these trends in future articles! 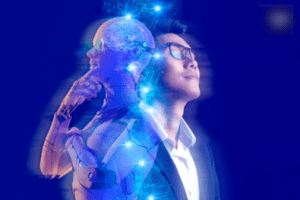 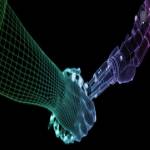 When you create an avatar in a digital space, you are creating what scientists call a digital entity. Similar to how our bodies house our minds, avatars house our digital identities—our thoughts, feelings, and interactions with others in virtual spaces. A big distinction between us and our digital entities is that when we die in real life, we stop existing; but when an avatar is deleted or deactivated online (called logging out), it only takes its digital presence offline temporarily. This means that if someone was previously interacting with your avatar and then logs back into their account later on, they will still see your information just as they left it. The fact that we can exist across time and distance so seamlessly has social impacts no one could have predicted 25 years ago: If I leave my phone logged into Facebook at work all day, people I’ve never met will be able to glean things about me through my conversations with friends who work nearby. And because individuals stay connected with each other digitally over time, they start expecting personal relationships to evolve outside of face-to-face interaction. In turn, culture begins shifting away from meaningful personal experiences and toward ones filled with superficial chatter that exists solely online.

In some ways, these changes sound exciting: Not having to schedule weekly coffee dates forces you to actually talk more often since there’s nothing else standing in your way.

The Metacurrency Project is planning to use AVM to measure social entities in terms of their credibility, influence, and reach. Such capabilities are essential for marketers who need to know which social mediums are most effective at connecting with customers or potential customers. Rather than targeting individuals, which means they have no control over who receives their message, marketers can target audiences whose size and demographics can be verified as legitimate via AVM. For example, a marketer interested in promoting a specific product might find that a particular television program attracts an audience that’s more appropriate for her offer than an influential blogger would. In other words, rather than paying for online advertising campaigns on sites not associated with a meaningful group of consumers, marketers will pay users—in AVM—to interact with offers; advertisers will also pay users directly when one of them introduces someone new to an offer (such as signing up for a coupon). This compensation structure removes many of Web 2.0’s existing issues and enables true business networking: business transactions based on mutual trust and respect between like-minded people who share similar goals.