3 Things You Should Know About Non-Fungible Tokens

A lot of people have heard of ERC721 tokens (ERC-721 is the technical standard used to issue non-fungible tokens). But what are they, and how do they work? Here are three important points to keep in mind when it comes to these types of Ethereum-based assets. Understanding these can help you make smart decisions about your NFTs, as well as take full advantage of them.

1) What are non-fungible tokens? 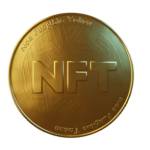 NFTs are tokens on blockchains that can represent ownership of digital or physical assets. Unlike cryptocurrencies (like Bitcoin and Ethereum), NFTs don’t represent a single type of asset, but rather individual items or units that are unique to each other. The first and most popular use case for NFTs is video games — think in-game collectibles like Cryptokitties, rare skins, or one-of-a-kind weapons in battle royale games.  But companies have already begun experimenting with what non-fungible tokens can do outside of gaming. For example, Kodak has used blockchain technology to register rights over photographs and Shutterstock has created an internal token system to track usage rights over its images. Other examples include representing tangible goods like real estate, luxury goods like watches, even crypto kitties themselves! Though it might be easy to dismiss NFTs as just another way for people to collect virtual cats, there are major implications beyond gaming. It will allow us to validate our identity in many different ways, for example by proving ownership of a social security number through our own decentralized ID platform. It will also help us keep more accurate accounting records such as medical history information stored on a permissioned ledger from institutions like hospitals and insurance providers. In short: applications utilizing non-fungible tokens may not always make sense immediately, but these early initiatives are planting seeds from which ideas will develop later down the road when solutions become much clearer. Blockchain adoption is all about making sure we keep an open mind, listen to others, experiment with new ideas and ultimately collaborate. We hope you find out where these exciting times lead us—it certainly isn’t where they began.

A lot of blockchain developers are currently working on standardizing fungible tokens, also known as cryptocurrencies. This is because they’re easy to understand and implement. But there are other kinds of tokens that are unique and can’t be exchanged with one another, which is why they’re called non-fungible tokens (NFTs). The most prominent example of an NFT is digital art or collectibles like CryptoKitties. In order for fungible and non-fungible tokens to communicate with each other, you need bridges between them; these allow different systems to work together via standardized data formats. Here’s how non-fungible protocols could enable new types of transactions. As game items become more in-demand: As demand for decentralized game items continues to rise—and it will, since some say gaming will generate greater global revenue than a film by 2020—developers may begin to use their influence in shaping gaming culture. For instance, what if someone with too much money decides that no non-battle royale games should exist? An economic dystopia could ensue where only battle royale titles have value within certain realms of blockchain games development. Keep your eye out for such scenarios so you can avoid such situations. And continue investing in Battle Royale Games. Updates to games break non-fungible tokens?: Early adopters of crypto kitties were thrilled at its explosive popularity, but not everyone was prepared for its initial problems. Many users reported failed trades due to network congestion after launching Ethereum applications using ERC-721. If a similar scenario arises with future popular games, like Fortnite or Call of Duty, it would be disastrous for those using non-fungible tokens within them and might send shockwaves through cryptocurrency markets. Don’t let yourself get caught off guard! Keep an eye on issues when upgrading non-fungible token contracts and take necessary precautions before deploying updates that add significant functionality or change existing APIs. Specifying things precisely isn’t always enough, since many changes aren’t always considered edge cases during testing. Be mindful of potential changes to contract addresses: Exchanges also need to keep track of address and symbol mapping changes when updating NFT smart contracts. 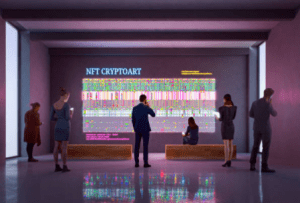 3) Why are non-fungible tokens so valuable?

To understand why non-fungible tokens are valuable, we need to look at what makes a token fungible. Fungibility is when one token is interchangeable with another identical token. In terms of blockchain, tokens that aren’t fungible cannot be exchanged on a 1:1 basis. Instead, they must be exchanged as whole units because each individual unit has its own unique history and attributes. The most common example of fungible tokens are cryptocurrencies like Bitcoin and Ether. These cryptocurrencies have all the same properties, which means any user can swap one for another without affecting either token in any way. So if someone wants to exchange their Bitcoin for your Ether, you can accept it knowing that both remain equal in value after the exchange. On the other hand, if someone wants to exchange their Great Dane coin (not an actual cryptocurrency) for your $20 bill, chances are you won’t accept it—even though both of these items possess equivalent value. That’s because your Great Dane coin was issued by a different person and possesses historical information about who owns it and where it came from. It isn’t worth more or less than a $20 bill. But it’s also not an exact duplicate of that currency, making it much harder to swap in exchanges with standardized money. This is where NFTs come into play; since NFTs are digitized assets represented by strings of code on blockchains, anyone can replicate them almost infinitely across various blockchains and systems. Therefore, if you want to make a change for your $5 Starbucks gift card using ethereum-based NFT CryptoKitties, users can easily trade digital cats for digital coffee beans.

Why do people love non-fungible tokens?

While creators may use them mostly for virtual collectibles and games like CryptoKitties, non-fungible tokens give buyers unprecedented levels of ownership over their purchases. Let’s take CryptoKitties as an example again. Ownership with non-fungible tokens allows users to purchase specific cats, rather than purchasing a certain number of cats that could contain duplicates or could even be owned by other parties. And no matter how many times owners breed their kitties, every kitten will always remain under its owner’s control unless there is consent from everyone involved in breeding contracts. Furthermore, NFTs give players full voting rights within gaming ecosystems. For instance, if a player creates a new type of game or mechanic within CryptoKitties that adds new features or functionality to existing games, they can propose changes via decentralized voting mechanisms directly built into smart contracts. What are some risks associated with non-fungible tokens?: As revolutionary as standard cryptocurrencies seem today, it still takes time for businesses to develop effective ways to incorporate them.