The Five Types of Penetration Testing

Penetration testing can mean several different things, depending on who you ask and how they approach it. Generally speaking, penetration testing involves working with your team to see if there are any vulnerabilities in your organization’s security measures or procedures that could be exploited by an outside party (such as someone trying to steal sensitive data). There are five main types of penetration testing, each with their own specific goals and methodologies that should be used. They are listed below 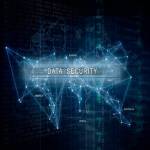 In black box testing, a tester is given no information about a company’s network, including IP addresses and software versions. This forces them to rely on previous experience and knowledge. The idea behind black box testing is that a tester will be able to find vulnerabilities easier if they have no preconceived notions about how a system should be designed or operated. Black box testers don’t care whether a weakness is due to a coding error or a misconfiguration—the important thing for them is that there’s a vulnerability in place. Because they have access to an organization’s entire network during black box testing, these types of tests are considered more dangerous than others because testers may cause collateral damage while looking for weaknesses in different areas of an IT infrastructure. For example, they might accidentally crash critical business systems when trying to gain unauthorized access through other parts of an environment. It’s important that any organization hiring a black box penetration tester knows what to expect from their services before signing any contracts. Many firms offer two types of black box penetration tests: closed-box testing and open-box testing. A closed-box test occurs when a third party has access to only one isolated portion of your network, while an open-box test takes place across your entire enterprise. Any organizations considering using black box testing need to know which type is best suited for their environments.

White-box testing, also known as clear box testing, can be employed by anyone who has access to all relevant information about a target system or application. It involves using actual knowledge of how a program operates to look for vulnerabilities. White-box testing is only applicable in situations where you have full knowledge of how an application works and what it’s supposed to do. For example, white-box penetration testers often work with customer sites that are responsible for developing their own custom software. In these cases, they have complete access to all source code and associated documentation so they can use their expertise to determine whether there are any exploitable security holes. In general, white-box tests take longer because testers must first assess a product’s source code before creating attacks; black-box hackers can launch basic attacks more quickly without fully understanding how systems work. The benefit of white-box testing is that if done correctly, you can find exploitable issues on your network—black-box pentesting may overlook some issues. However, on top of extensive experience building products from scratch, white-box testers usually have computer science degrees, so finding tester talent may be difficult. The other drawback is that if developers knew about all potential weaknesses beforehand, they could eliminate them during development. 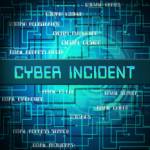 The person or team who perform a Grey Box Pen Test will have some knowledge about your company’s infrastructure. This is not an automated penetration test. A human being will actively attack your network, using manual techniques to get in and prove that someone with malicious intent could get in. In a nutshell, it’s closer to a real-world cyberattack than it is to other forms of penetration testing. You should look for evidence that hackers could sneak through—or try to sneak through—your defenses. Like White Hat penetrations tests, you may want to watch (and even participate) while they go after your system. Not only can you learn what specific security flaws need fixing, but you might also find ways to tweak or change future assessments; by monitoring their approach, you can tweak how you defend against similar attacks in the future. They come up with potential ideas for penetrating your company’s defences, and once they figure out which ones work best during their time on site, then present those results back to you along with recommended fixes. These types of pen testers like interacting directly with end users, which lets them assess actual threats rather than assuming risks won’t be there at all. They target every single point possible to establish hidden points of entry into your network.

A penetration tester will combine various types of testing to fit their target. Rather than limiting themselves to one approach, they’ll use more traditional techniques alongside some innovative approaches to test for vulnerabilities in their target. Hackers are known for taking several approaches at once, so it makes sense that penetration testers would do so as well. At times, they may also want to choose a few methods and double-down on them; using multiple approaches is expensive (in time and money), after all. This is where hybrid testing comes into play. The idea behind hybrid penetration testing is simple: each type of test offers different insights into your system, so why not perform multiple tests instead of just one? After all, no single method will identify every vulnerability out there. That said, you won’t need to perform every single method if you don’t have enough time or budget—just know that there are benefits to performing each type of penetration test. It’s up to you to decide which combination works best for your situation. 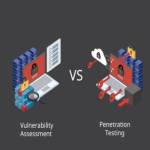 There are multiple scenarios where a mixed-mode pen test can be appropriate. For example, if you’re testing an application that runs on both Windows and Linux, you could try to breach each application separately in a black box test—in which you have no prior knowledge about the application—and then combine your findings in a red-box scenario. This allows you to view flaws from both perspectives and would be particularly effective for finding blind spots where one type of attack gets past security defences but another does not. Or if your client is experiencing issues with their website running on Apache and/or IIS (Microsoft’s web server software), but don’t want their applications tested as well, a mixed-mode assessment is ideal because it only tests the components needed to achieve overall security goals for their website.

A mixed-mode assessment also helps organizations meet PCI requirements: You can set up a local environment onsite and run automated vulnerability scans against those systems without actually touching them. These results can then be compared to those of network penetration tests, giving an accurate picture of potential vulnerabilities at different levels within IT infrastructure. It may even reveal whether vulnerabilities discovered by a network pen test can actually be exploited using specific malicious activity in a real-world context. Mixed-mode assessments add value when pen-testers add multilayered viewpoints to their work or help demonstrate concepts when team members present individual elements during validation activities. Regardless of how they’re used, remember that combining approaches is simply more efficient than constantly switching back and forth between two distinct styles of testing—if everything works properly. Just make sure your staff understands whichever approach they use before presenting their final report! A survey recently conducted by PenTest Magazine indicates that 53% of firms favour a blended approach to security assessments; however, 60% said they don’t fully understand how it fits into a standard test cycle.