Difference Between a Terminal Server and a Published App

What’s the Difference Between a Terminal Server and a Published App?

So, you’ve decided that your organization needs to move to Citrix, but how do you know if you need to use published apps or terminal servers? What are the benefits of each, and what are the disadvantages? This comparison will walk you through the major differences between the two approaches, helping you make an informed decision on which option is right for your organization. 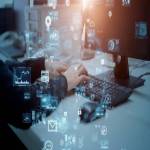 Most of these differences are based on differences in technology. A terminal server typically runs on Windows operating systems, while published apps usually run on Unix or Linux systems. Most terminals also allow multiple users to access each server at once, as opposed to published apps, which only allow one user access at a time. However, with newer versions of Citrix XenApp servers (for example), you can set up multiple sessions per user—just like with published apps. Each version is accessed via client software that allows you to connect with your data remotely via desktop client software that either comes with your office suite (like Microsoft Office) or is available for download for free (such as ThinClient). The main difference between terminal services and published applications, however, is how they interact with users. With a terminal server, for instance, each user’s session is stored within the database and logged through Active Directory. This way, if something happens to any particular session when it ends up closed unexpectedly (perhaps by error), IT administrators can easily check records and roll back problems before they happen or further damage occurs. When using a published app, however, all of your work is essentially in the cloud because there isn’t a central storage area for all data. Instead, data is saved to individual computers where users store files locally until they’re ready to publish their work again—at which point it will be uploaded from those local machines into your company’s cloud storage system. This means there’s less management overhead for IT admins because each person manages their own machine as well as his or her own files from start to finish. It also means you won’t have an active directory account associated with your published application account; instead, publishing involves saving new files directly to a certain location within your cloud storage account. This makes everything more efficient but also poses certain risks of its own–namely that many people could unintentionally overwrite one another’s work if not properly secured. So, instead of relying on a middleman administrator to monitor everyone else’s progress and activities, everyone would need to monitor their own progress independently.

With terminal servers, you have to do all your programming in-house. This means that you must decide how to handle processes, create graphics, handle input/output, etc. You are responsible for everything that goes on within your software application. With published apps, it is typically easier to get up and running because most of these decisions are already made for you. Another benefit of published apps is that they can be developed by a third party. If a company hires you to develop their app but doesn’t have an existing program written specifically for their business needs, they can write one themselves or purchase one from a third-party developer. Either way will allow them to continue utilizing your services as they grow their company without having to hire additional employees just to manage their applications.

A big difference between developing terminal server programs versus published apps involves memory resources. With a terminal server program, if someone who has access to open accounts uses too many at once, there could be issues with performance even if there are multiple users using terminals simultaneously. On top of that, each user session gets its own set of shared memory which adds to overhead time when logging into workstations. When working with published apps, overall system usage is dependent on how many users are logged into shared accounts simultaneously. Having more users means more workstations being used which takes up CPU cycles but doesn’t lead to slower execution times per user account like what you would find when working with terminal servers. One of the major disadvantages of terminal servers comes with upgrades. When new versions are released, network admins need to log in to each computer where a terminal server is installed and upgrade it manually. Every single machine needs attention before anything else can be done. By contrast, new versions are deployed through Microsoft Updates whenever changes are available so all software on every machine can stay up-to-date automatically. 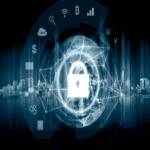 A terminal server is part of your organization’s infrastructure. It exists on-premise, which means it has access to all of your organization’s resources, including any cloud-based applications you might be using. An application published from our public or private cloud services can only have access to what you give it permission to see. Because it lives in a third party cloud environment, we manage security, not you. If someone hacks into your terminal server they can probably do more damage to your data than if they hack into one of our servers because they now have direct access to your network as well as anything else that connects with those servers directly. Since everything is sitting on our cloud servers there are extra layers of encryption, logging, and data manipulation happening every second—protecting both your company’s sensitive information as well as ours! So yes, published apps are less secure than terminal servers but overall more secure (and efficient) than running local systems.